The Vancouver Canucks managed to pull off a late game win after Tim Schaller scored the opening goal, but it was almost lost if not for Jacob Markstrom.

“It’s not been all roses for me this year, but I’ve been working hard so I definitely deserve it.”

As the second period was coming to a close, Dallas scored to make it 2-1 and tied the game with 3:52 remaining in the third. With the Canucks unable to score in the final minutes, the Stars forced the game into overtime.

The overtime period went scoreless, and that forced the game into a shootout. Josh Leivo scored for the Canucks in the shootout to give Vancouver the win. Yet, had Jacob Markstrom not been on top o his game last night, the Canucks would not have come out with the result they did.

Markstrom managed to rack up 44 saves last night, the most he has had in a single game all season. His stopping of Dallas’s top scorers in the shootout made the difference, and that included Alexander Radulov, Jamie Benn, Tyler Seguin and Roope Hintz. Commenting on Dallas, Markstrom said,

“It’s almost personal when it’s a goalie against a shooter. They’ve got a couple moves that you know are their go-to moves. You can’t have that in your mind because then you’re screwed if they do something else.”

Schaller was instrumental in the Canucks success last night, with both coming after battles over the puck. The first came 52 seconds into the first, the second midway through the first. His second goal was the result of Brock Boeser gaining control of the puck, then passing it to Elias Pettersson, who passed it to Schaller, who stated in post-game interviews,

I literally just got on the ice, and Petterson saw me and made a pretty nice pass to me. I just wanted to hit the net, and it went in.”

Schaller joined Vancouver in late March and had yet to score so far this season, including the 50 plus games played while he was with Boston. Schaller had played 214 games in his NHL career and scored 23 goals

The Canucks will next head to Chicago for a Monday night game against the Blackhawks before returning home to welcome the Ottawa Senators. With teams all jostling for playoff spots, the time for punters to focus on the post-season is around the corner. Registering with one of our leading sportsbooks offering post-season NHL action is now. Register today, claim a signup bonus and get prepared for the Playoffs! 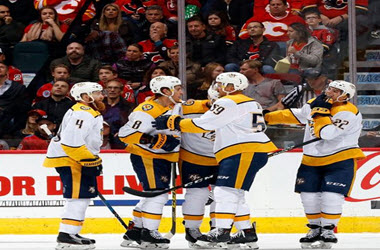 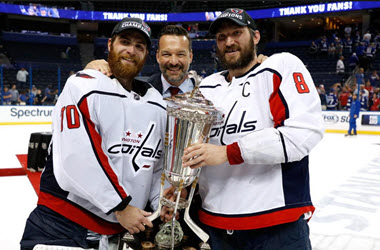 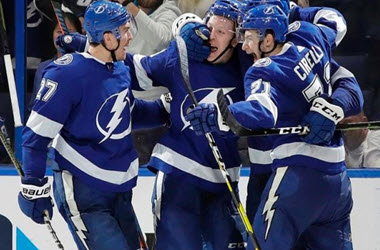 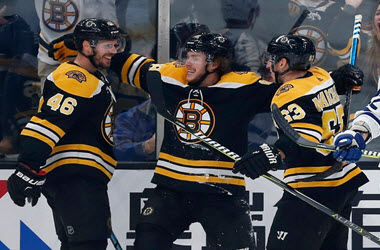