April 3, 2018 by Noah Gagnon
The Toronto Blue Jays proved victorious over the Chicago White Sox in a game that saw the Jays win 4-2. This was the first win for Toronto against the White Sox since 2016.

Josh Donaldson put Toronto on the score board last night with a solo run during the 6th inning. That was the start of what would be a great bight for the club at the Rogers Center. Another run was driven home by Russell Martin in the 7th and a third run came in the 8th courtesy of Aledmys Diaz.

After Donaldson reached the plate, he put his hand to his mouth in a gesture that was intended to mock the Chicago White Sox coach, who frequently will blow a whistle whenever he feels the team played defensively well and did so prior to anything happening on the field.

Said Donaldson on the move,

“As soon as I stepped into the box, he started blowing it before anything even happened, so I felt like I’d return the favour.”

Coach Boston claimed it was a good nature gesture and found chuckling after Donaldson’s move. In post-game interviews, Boston said,

“I was informed he was not particularly thrilled about the whistle and he showed me that he was not. I had hit the whistle a couple of times hard before he went to the plate and he responded. You can pin that homer on me.”

Last nights was the first home run for Donaldson this season, and with Martin up at bat and Curtis Granderson was on base after a walk, Martin drove home his first of the season as well after a pitch by Danny Farquhar, a former pitcher for Toronto.

Last night’s game was the Toronto Blue Jays third win in a row. They won 7-4 against the New York Yankees the previous day and are 3-2 on the season.

“I feel like we’ve always been like the big-inning kind of team,” Martin said. “We don’t know when it’s going to come, but we know we’ve got it in us.”

As for the White Sox, Ryan Tepera was working hard in the 8th and was almost home free until a home run by Aledmys Diaz. This saw Boston sending out Roberto Osuna to close the game who earned his second save of the year.

Toronto pitcher Jamie Garcia and Chicago’s Reynaldo Lopez were the starting pitchers, and both seemed to be on top of their game during the first innings. The Sox were in a good position in the 3rd inning after Yolmer Sanchez ran to second and moved onto third after an error by Marin. However, Sanchez got himself caught after running for home when a ground ball was sent to Yangervis Solarte that saw Sanchez getting tagged.

Chicago’s Wellington Castillo got Chicago on the scoreboard in the 4th after sending the ball out of to the second level of the Rogers Center. The home run was the first for Castillo this season.

Josh Donaldson was put in the role of designated hitter while he deals with arm issues and is expected to return to his usual third base position for Tuesday night’s game. Garcia pitched well only allowing two walks and one run and stuck out seven in his six innings on the mound.

“Overall I thought it was a great outing, what he did, but that’s not him at his best either though.”

The Blue Jays will next face once again face the White Sox on Tuesday and again on Wednesday for the final game of a three nighter. They then will head to Texas for another three games before visiting Boston for a three game series. Those wishing to place bets on the upcoming Blue Jays games can visit one of Betting.ca’s recommended baseball betting sportsbooks. Each offers solids offs and a variety of different betting options for baseball and other sports. 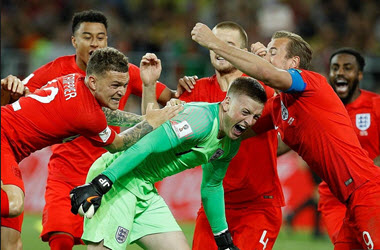 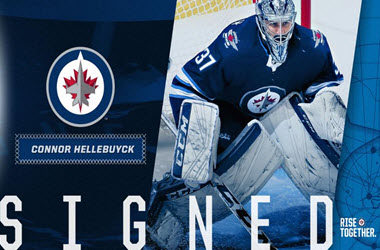