March 12, 2020 by Doug Hirdle
The NBA has announced it has suspended the season until further notice due to a Utah player, Ruby Gobert tested positive for the COVID-19.[/caption]

The NBA has elected to suspend all future games after it received notification that Rudy Gobert, a player with the NBA, has tested positive for the COVID-19 virus on Wednesday. The NBA made their decision after many of the team owners requested the season continue without having fans present in the arenas.

Instead, the NBA chose for the time being to cancel all games before announcing it was Utah Jazz center Rudy Gobert. In a statement released by the NBA, the league said,

“The NBA is suspending game play following the conclusion of tonight’s schedule of games until further notice. The NBA will use this hiatus to determine next steps for moving forward in regard to the coronavirus pandemic.”

The positive test results were brought to the attention of the NBA just prior to the Wednesday evening Oklahoma City vs Utah Jazz game who immediately cancelled the game. The game was moments away from starting with players on the court warming up when they were advised to return to their locker rooms, and fans were sent home with the reason given being “due to unforeseen circumstances.”

The outcome of one its players testing positive was the NBA’s worst-case scenario, and from all accounts, the intention is for the suspension to last no less than two weeks, but that could be extended based on the number infected within the U.S. The reality is, most who become infected will only experience mild symptoms such as a cough and fever. However, for others, such as those who are older or with weakened immune systems, the virus can lead to pneumonia and death. The majority will recover within two weeks while others with more severe symptoms could take up to six weeks before recovering as noted by the World Health Organization, who on Wednesday declared the virus a pandemic. It was also noted that of the 80,000 plus in China who were infected, 58,000 of those have recovered.

The NHL has yet to take the same position as the NBA is suspending its season however in a statement, the league announced it would address this decision on Thursday after they consult with medical experts and evaluate their options. In its statement, the NHL stated,

“The National Hockey League is aware of the NBA’s decision tonight to indefinitely suspend its season due to a player testing positive for the coronavirus. The NHL is continuing to consult with medical experts and is evaluating the options. We expect to have a further update tomorrow.”

In addition to the NHL’s statement, the National Hockey League Players’ Association released their own statement addressing the issue, which read,

“We are in continuous contact with the NHL regarding the coronavirus and the recent announcement by the NBA. These discussions will continue tomorrow morning, and we will consult with players before commenting further.”

The San Jose Sharks and Columbus Blue Jackets chose to exclude fans from its Wednesday evening game between after state and local governments stated that they would put a mass gathering ban into effect to help reduce the spreading of the COVID-19 virus. How the suspension of the NBA season and probable suspension of the NHL’s will impact the global betting market is unknown, but it will have an impact in the short-term, and while alternative betting solutions are available with sportsbooks such as bet365, it is unknown if other sports leagues will follow suit with the NBA. 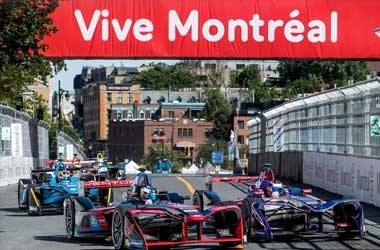 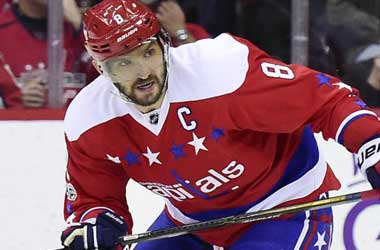