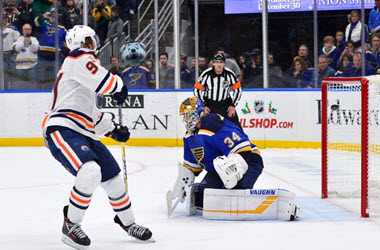 The Edmonton Oilers welcomes the St Louis Blues on Wednesday night, and with St Louis out front, it was Oscar Klefbom who scored late in the third to tie the game, and an eventual shootout after overtime went scoreless.

Edmonton has a solid track record in shootouts, and last night the work paid off as Connor McDavid went up against St Louis goaltender Jake Allen. McDavid wasn’t one that looked natural in shootouts but it was the Richmond Hill native who scored to give Edmonton the win. This was the fifth time that McDavid has scored the winning goal during a shootout, and in his career shootouts, he is 7 for 13. Commenting, McDavid said,

“You know we’re a pretty confident team once it gets past 60 minutes. We felt pretty good about the overtime period, but obviously, it was our first shootout, but we got the win.”

It came down to the wire for the Edmonton Oilers as with less than a minute left on the clock, Klefbom scored to tie the game 2-2. After a scoreless overtime period, the Blues and Oilers faced off in a shootout. The Blues first sent out Tyler Bozak who beat Cam Talbot, Ryan Nugent-Hopkins for Edmonton, but with the St Louis Blues failing on the second attempt and McDavid scoring for Edmonton, it came down to Brayden Schenn, who failed to score giving the Oilers a 3-2 win, this fourth in their last five games.

Oscar Klefbom was pleased with the results commenting that timing has been good and that it gives the team confidence winning a game like this. Cam Talbot had 28 saves for the night and two extra during the shootout. During post-game interviews, Talbot said.

“Guys did a great job in front of me. After that first period, we adjusted some things and tightened up and that’s what we needed to do tonight. It was a big team win, and that’s a good confidence booster going home.”

Brayden Schenn and Ivan Barbashev scored for St Louis and Jake Allen had 34 saves. It was the Blues fourth time this season the Blues have lost with a two goal lead. That wasn’t lost on coach Craig Berube who commented.

“We got caught in a three-fourths ice game there. We just stopped making plays, and when you stop making plays, you get the puck out and they just pound it back in and that’s their game.”

The goal of the night came when Klefbom wound up for a slap shot that Allen was unable to stop. It was the fifth straight game that Klefbom has earned a point. Commenting on the play, Jake Allen said,

“I saw the big wind-up. I knew he was going far side so I tried to push over there, but I just didn’t get a good enough read on it.”

St Loius took the lead at the 6 minute mark of the first after Barbashev, and with 6:28 left in the first, Brayden Schenn made it 2-0. It took Edmonton only four minutes to make it 2-1 in the second, but it came down to the wire before the tied the game late in the third. Ken Hitchcock, coach for the Edmonton Oilers, acknowledged they did not have a good first period. He added,

Edmonton next plays against the Minnesota Wild on Friday night before welcoming the Calgary Flames on Sunday. For Canadian punters, it is a rare day when two Canadian teams face off together, and with both teams having solid performances in recent games, those wishing to place bets will find excellent odds with 888Sport, one of premier sports betting sites for the NHL. Register today and enjoy a signup bonus up to $250. 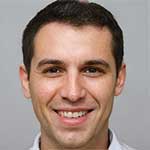