Connor McDavid Scores Two to Give Oilers Win over the Leafs

With the Super Bowl set to take the sports world by storm next weekend, it was Connor McDavid and the Winnipeg Jets being the centre of attention this weekend after scoring in overtime within the opening minute of overtime on Saturday at Rogers Place in Edmonton, Alberta.

After a whirlwind of announcements by the NHL relating to a shortened season, one that will see an all-Canadian division, the Edmonton Oilers and Maple Leafs finally gave fans some much needed relief. After a blistering back-n-forth game of wits, it took overtime before Connor McDavid scored the winning goal 42 seconds into overtime to give the Jets a 4-3 win over Toronto.

The good news for Toronto is they will have five more opportunities this season to seek revenge for the tough the loss. Considering the Toronto Maple Leafs vs Edmonton Oilers battles in the past, these will be tough battles, and close to call for bookies setting the odds.

McDavid was the star of the show last night scoring once during regulation time, and after picking up the puck during overtime and on a powerplay, he skated past the Leafs defence as if they didn’t exist and made it look easy as he tipped in a backhand past Andersen.
Tyson Barrie, who assisted McDavid with both goals last night commented that is “just what he does” before adding,

McDavid, who seldomly is willing to talk to the media, was seen smiling after the winning goal in what resembled a goal he scored against the Leafs last season. The normally reserved McDavid seems to have a love for outmanoeuvring past the Leafs and his skills are not lost of Dave Tippet, the head coach of the Edmonton Oilers, who stated:

“What impresses you the most about Connor when he does that is the speed he carries the puck. There’s a lot of fast players, but to do it carrying the puck and having control of the puck, that’s what makes it so dangerous. He’s as fast or faster than anybody in the league. I would dare to say he’s the fastest guy by a wide margin carrying the puck. It’s hard to defend.”

Josh Archibald and Dominik Kahun scored Edmonton’s other two goals, while Leon Draisaitl earned two assists and Mikko Koskinen stopped 26 shots. The Oilers will now prepare to suit up against the Ottawa Senators on the 2nd of February and Calgary on the 6th. Considering the limited action, the timing is right to register with Canadian-friendly sportsbooks as many are offering generous sign up packages.

Austin Matthew, Zack Hyman and William Nylander scored for Toronto, while John Tavares had two assists. The Leafs, who were on a four game road trip picked up seven of the possible eight points while on the road in Alberta. Commenting on the road trip, Austin Matthews said,

“It was a pretty positive road trip, taking three out of four, playing some good teams. When you’re playing the same team back-to-back twice in a row it’s hard to win twice.”

The Oilers and Toronto Maple Leafs, who were tied 3-3 in the third period failed to capitalize on a power play after Kailer Yamamoto was sent to the penalty box for holding. The situation wasn’t helped by Edmonton’s ability to kill off the power play.

After the second period saw the Oilers going ahead 3-1, the Leafs responded and reduced the gap to one midway through the second with a goal from Matthews. Yet, less than two minutes later, Nylander sent one past Mikko Koskinen from the side of the net to tie the game 3-3.

The Oilers and Maple Leafs, who were tied 3-3 in the third period failed to capitalize on a power play after Kailer Yamamoto was sent to the penalty box for holding. The situation wasn’t helped by Edmonton’s ability to kill off the power play. Unfortunately for the Leafs, time ran out, but their efforts and the battle was not lost of Edmonton’s coach, who stated, 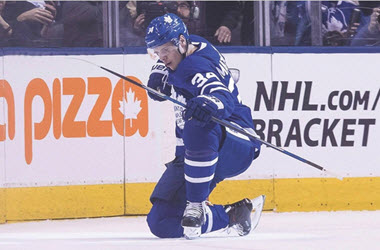 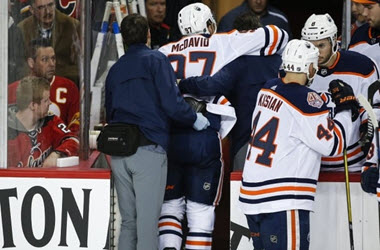 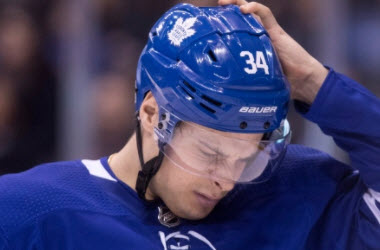 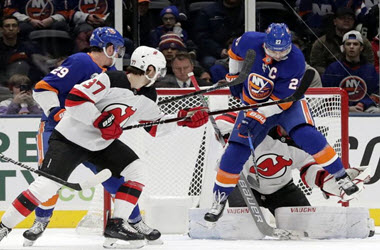