Mississauga’s Bianca Andreescu brought an end to the hopes of American Jennifer Brady at the China Open defeating her in two sets to advance to the quarterfinals. It was the 17th match in a row that the Canadian superstar has won, and that will see her facing Japan’s Naomi Osaka on Friday

Andreescu managed to make quick work of the American putting her away in two sets during the third round. Ranked 6th in the world after winning the Rogers Cup in Toronto and the U.S. Open last month, Bianca Andreescu will now face No. 4 seeded Osaka in what could be a tough battle considering Osaka won the U.S. Open last year and the Australian Open this year. Commenting on the fact it will be the first time the two have faced each other, Andreescu said,

“Ever since she started doing well at the U.S. Open, Australian Open, I’ve really wanted to play her,” said Andreescu, who is 8-0 against top-10 players this year, with all the matches coming on hard courts. I’m glad I have the opportunity now. I think it’s going to be a really tough match. She’s an incredible athlete and player. If I just go out there and play my game, hopefully I can do good things.”

Osaka has been on top of her game while on the swing through Asia winning all 14 sets she has played, and that includes winning the Toray Pan Pacific Open. At 21, Osaka defeated American Alison Riske on Thursday in two sets to earn her place in the quarterfinals.

The China Open, which offers a US$8.285 million prize pool, is a mandatory event. It is also the perfect time to register with leading sportsbook Bet365, who is favouring Andreescu to win over Osaka, however, that could change. After serving seven aces and increasing her winning streak, Osaka, when asked to comment on Andreescu said,

“I feel like she’s doing better than I was last year, so it’s all cool. I have to learn from her, too.”

The match between two of the tours hottest stars could have an impact on the rankings as Bianca Andreescu is expected to jump into 4th in the rankings, while Osaka could drop to 6th. However, this could change should Osaka win against Andreescu, especially with six of the WTA’s top players have advanced to the China Open quarterfinals and that could result in the rankings changing even more. Andreescu, who wasn’t pleased with her performance against Belgium’s Elise Mertens was happier with how things went against Brady. Commenting on the match, Andreescu said,

“I think today was a very solid match from my end. I executed the right tactics, I stayed as positive as I could because yesterday wasn’t so (good) on the attitude aspect of things. Today, I’m really proud with my attitude. I think that was the main thing today, and my serve.”

Brady had four break points in the match but was unable to capitalize on either after Andreescu was successful in closing the door. She was successful with 63% of her first serves and won 78% of those. The star player also served five aces and only had a single double fault. Speaking on Brady, Andreescu said,

“She’s a very good server, so I had to make sure my serve went well today. I think when I do play big servers, my serve kind of levels up with them unconsciously. I don’t know how but it does, which is a good thing. I’m really pleased with that.”

Also entering the quarterfinals is Australia’s Ash Barty who will face the Czech Republic’s Petra Kvitova, while Elina Svitolina will face off against the Netherlands Kiki Bertens and Denmark’s Caroline Wozniacki will meet Russia’s Daria Kasatkina. 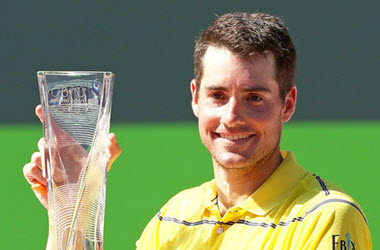 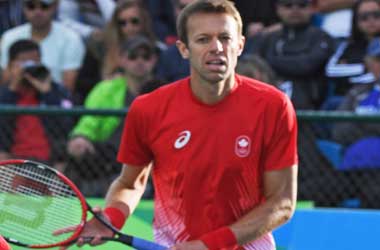 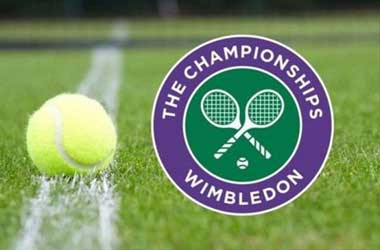 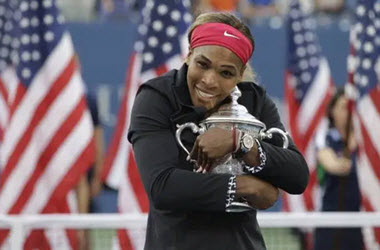