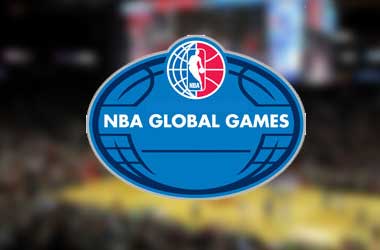 The Toronto Raptors are beginning their international season for 2019/2020. The National Basketball Association Champions are coming off a substantial 2018/2019 Series.

After winning the NBA Playoffs and completing their two weeklong training camp, the Raptors are going overseas to fend off against the Houston Rockets.

This surprising matchup comes after the Rockets added Tyson Chandley and Russel Westbrook to their lineup.

The Toronto Raptors are in for a serious fight, with the Rockets defeating the LA Clippers last week in Honolulu. These two team’s faceoff against each other on October 8th and October 10th at the Saitama Super Arena in Saitama City, Japan. It will be the first time they’ve played one another since the Houston Rockets team was reformed.

The international popularity for the National Basketball Association has grown significantly since the early 1980s. Dozens of matches have been played across Asian territories, the European Union, the United Kingdom and Latin America.

NBA Global Games 2019: Rockets vs Raptors – What to Expect and Watch for

Fans of basketball can expect to witness two teams coming off of their respective hot streaks. The raptors won the championship, and the rockets reformed their team to have better lineups. Bettors are best to watch out for the calls made by referees and potential sports injuries of players. These two factors will alter the results of the October 8th and 10th games.

The 2019/2020 season marks the 53rd year for the franchise. After a horrendous start to the offseason, where they couldn’t acquire Jimmy Butler, the Houston Rockets received Russel Westbrook. He is one of the star point guards in the National Basketball Association and will be the perfect force at stopping the Raptors Kyle Lowry.

However, this cost the team their prior point guard, Chris Paul. The loss of Chris Paul isn’t shocking, considering that he couldn’t lead the rockets into the finals of the NBA Playoffs. The Warriors eliminated them during the postseason. The big question on everyone’s mind is how the Houston Rockets Coach, Mike Antoni, will respond against 2019s Champions. There is a good chance that the Rockets won’t beat the likes of Malcolm Million, Chris Boucher, Norman Powell or Cameron Payne from the Toronto Raptors. The upcoming matchup is the 1st chance that the Rockets have to show off their new point guard and talents.

The Toronto Raptors are the biggest names in the National Basketball Association today. They won the 2018/2019 Championship against the Golden State Warriors. This championship was unexpected, with the Raptors being the only Canadian NBA team.

Undoubtedly this team of formidable players will be looking to repeat last year’s historic win, which begins by defeating the Houston Rockets in the International Matchup. The games on October 8th and 10th are slated to be some of the largest held in Japan. Right after there matchups against the Houston Rockets, the raptors will fend off against the Chicago Bulls and Los Angeles Lakers.

If Kyle Lowry and his band of athletes can defeat these three teams, the chances of another championship win for 2019/2020 is possible.

Our Verdict: Toronto Raptors to Win

Even with the new lineup of stars working with the Houston Rockets, the Toronto Raptors have just come off a big championship win with experienced basketball players. While the Rockets have plenty to look forward to in the 2019/202 Season, defeating the Toronto Raptors isn’t one of those things.