Phil Mickelson Jumps into First at the Travelers Championship

June 27, 2020 by Doug Hirdle
Phil Mickelson recently turned 50 and if age is an indicator of what is to come, Mickelson is proving those in doubt he still has what it takes to get the job done. The five-time major champion took the lead at Travelers Championship after ending his round of Friday with a 7-under 63.

Canada’s Mackenzie Hughes had the lead after the first round but dropped down into the tie for second place with Will Gordon after shooting a 68. For Phil Mickelson, he said it was wisdom that saw him going alone versus playing with his usual partners of Bryson DeChambeau and Rory McIlroy. Mickelson, who was the tournaments winning in 2001 and 2002 commented on his approached staying,

“There’s some holes I can open it up and try to hit driver, but really I just want to get it in play on a lot of holes and let my wedges take over, and I’ve hit a lot of good wedge shots this week.”

Friday also saw two other players withdrawing from the Travelers Championship after one contracted, he coronavirus. This included Denny McCarthy, and Bud Cauley, who tested negative, but as a safety precaution opted to withdraw as he had played with McCarthy on Thursday.

McCarthy, who had a 67 in the opening round said he first felt ill on Thursday night and opted to get tested on Friday morning. Commenting, McCarthy said,

“I woke up in the middle of the night with additional aches and soreness and sensed something was off. I felt like the only thing to do was get tested at that point before I went to the course.”

Mickelson, who won his 44th PGA Tour title at Pebble Beach was is playing his 624th PGA career tournament has struggled since his last win,and has seen multiple cuts. However, on Friday he returned to form scoring a bogey on the second hole to advance in the leaderboard. It added eight birdies during the round and that was enough to put him in the lead.

Will Gordon, as a sponsor’s exemption scored nine birdies and if not for a missing a 35-foot on the fourth hole, would have scored several more. At 23, Gordon is a former Vanderbilt star is continuing the tradition of younger players being given a break at TPC River Highlands, the host course for the Travelers Championship. When asked how he felt about the sponsor’s exemption, Gordon said,

“I was supposed to play in three events that got cancelled over COVID, so for those guys to take a chance on me and believe in me means the world.”

Rory McIlroy saw his second round performance drop after he finished the 18th at 68 to finish the day tied for fourth. While behind by four strokes, McIlroy said he was happy to still be in contention, stating,

“I know what it feels like to go low out here, so I’ll need a couple of good ones over the weekend. But the game feels in decent shape, and obviously get out early tomorrow and try to get back in the mix. “

Bryson DeChambeau also had a solid performance, one that saw the pro shooting the day’s strangest bogey. After teeing off from the 10th, his shot landed on the cart path ending up 48 yards from the hole. However, after shooting over the green, his next shot was short of the hole, then a missed seven foot put. Speaking on the experience, DeChambeau said,

“I tried to hit a 35-yard shot and it came out 50 yards, and I’m like, What is going on?'” There’s some things I’ve still got to work out and some stuff I clearly don’t understand yet with the wedging.”

While the weekend witnessed Denny McCarthy and Bud Cauley exiting, the third member of their group, Matt Wallace, opted to remain in the tournament. Speaking on this and his decision to continue on after testing negative, Cauley said,

“I haven’t felt better myself,” he said. “I’m playing with a chance to change my career if I win, so why wouldn’t I play? It’s black and white for me. I tested negative and I can go play.”

Since the restart of the tour, McCarthy is the third player to be diagnosed with the virus. At last weeks RBC Heritage Championship Nick Watney multiple chose to withdraw, and this week, Nick Watney, Brooks Koepka, Webb Simpson, Chase Koepka, Graeme McDowell and Brooks Koepka chose to withdraw after the learned they had come into contact with people who had tested positive for the virus.

However, the PGA Tour is back in full swing and will continue, despite several contracting the virus. Several tournaments that was postponed are slated for the month of July, including the Rocket Mortgage Classic, which will get underway on the 2nd to the 5th. This is a prime chance for golf punters to get in on the action with sportsbooks such as 888Sport offering respective sign-up bonuses.

Also scheduled to take place in July after postponement is the Memorial Tournament presented by Nationwide (July 16th-19th), the World Golf Championships-FedEx St. Jude Invitational (July 30th – Aug 2nd), and the Barracuda Championship, which is running concurrently with the Jude Invitational. 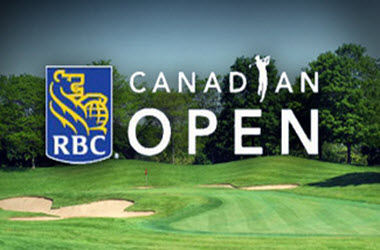 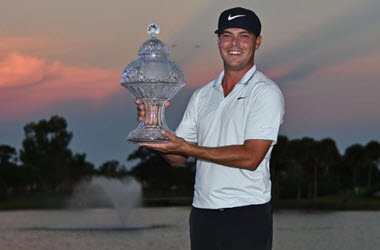 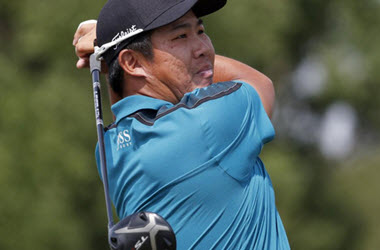