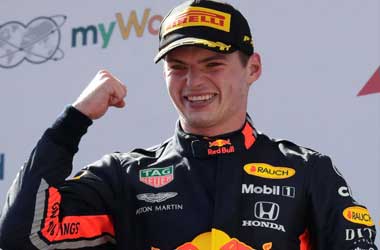 As the Formula One season rolled into Spa this weekend, the battle between Lewis Hamilton and Max Verstappen was expected to have fans on the edge of their seats. However, after a three-hour delay due to rain and a late start left by the safety car before finally being called off, Max Verstappen was awarded the win.

As for fans left disappointed after Belgian GP race officials shortened the race to one hour and reduced the race winners points by half as they needed to complete full laps to earn the maximum points. As Max Verstappen sat in the pole position, the circumstances turned out in his favour due to the weather conditions.

“Now, in hindsight, it was important to get the pole position, but it was a shame not to do proper laps.”

When the restart, Max Verstappen was positioned ahead of George Russell and Lewis Hamilton on Lap 4 and remained out front when ten minutes into the restart, the rain came on strong again. While Verstappen may not have wanted to earn a win under these circumstances, a win is a win.

“Of course it’s a win but not how you want to win. Credit to all the fans who stayed here for so long. They are the real winners today.”

This is the sixth win of the season for Max Verstappen and the sixteenth of his F1 career. The win was bittersweet for Lewis Hamilton as he is still trying to record his 100th F1 win, and with Red Bull’s increased performance, Verstappen is making that difficult for the Brit.

After rain delayed the Belgian GP start by over three hours, fans could be heard cheering from the grandstand and bleachers around the track after it was announced the race would restart at 6:17p.m. local time (GMT).

However, it took only ten minutes to see the safety car rolling out in front of Verstappen as rain conditions worsened and the Belgian GP had to be halted once again. Once cancelled, Hamilton was one of the drivers calling for fans to be given their money back.

“I really hope the fans get their money back today. They were incredible.”

The first suspension came after the formation lap at 3:30 local time. The cause for the suspension was due to the entire Spa circuit being drenched and unsafe for race conditions. The deluge of rain saw fans huddling under large umbrellas on the muddy banks surrounding Spa as thick rain-filled clouds made the visibility around the circuit near impossible.

Once the green light was given for the formulation lap, many drivers, including Lewis Hamilton, complained about being unable to see anything, although Verstappen felt the circuit was safe. That led to officials choosing to suspend the race until more favourable race conditions.

However, for teammate Sergio Perez, he slid off the track during the warmup lap and ended up damaging the front suspension in his car. After being given permission from race officials that he could race if they could fix his car before race time, he was allowed to start from pitlane.

However, after another delay was announced at 5pm, Daniel Ricciardo kept fans entertained fans in the grandstand. The race was Riccardo’s 200th F1 race, and he celebrated the occasion by waving at fans as they cheered “Daniel, Daniel.”

“I obviously feel for them, we’re in it together but circumstances are out of our control.”

By Formula One standards, the race was a disappointment for race organizers after the season has resulted in some thrilling battles. However, for George Russell, the race was a big one in his career after advancing in the Mercedes young driver program and getting the nod to race in F1.

Russell is being considered for one of the coveted driver positions at Mercedes for next year as the team has still yet to renew Finnish driver Valtteri Bottas’ contract. The Fin has failed to win a race for Mercedes this season and was 12th today at Spa.

However, Russel, who is driving for Williams started in second after a superb qualifying session on Saturday. He also managed to finish the race in second earning 9 points for Team Williams.

“We don’t often get rewarded for a great qualifying but today we absolutely did. There’s been so much hard work over the past few years and here we are on the podium.”

Lewis Hamilton, who has faced stiff completion all season and is progressively becoming whiny, complained that race officials should have never let the race start in the first place.

” They sent us out for the two laps behind the safety car to get a race. You couldn’t really see five meters in front of you. It was hard to even see down the straight. You couldn’t go flat out.”

Next weekend, Formula One will move on to the Dutch Grand Prix, where it is expected fans will be cheering for home town hero Max Verstappen. Of course, F1 fans interested in punting on next weekend’s race with Canadian-friendly bookmakers on their favourite driver will find it the perfect opportunity to get back in the saddle.

If Verstappen takes the checkered flag, he will regain the driver’s champion’s lead and put even more pressure on Lewis Hamilton to produce results.