In case you’ve been living under a rock, here is the latest headline in the world of basketball: the Toronto Raptors are world champions after dethroning the Golden State Warriors, and Kawhi Leonard could probably become mayor of the city if he tried. It was one hell of a series with the reigning champions pushing Toronto all the way, but in the end, Drake’s boys were able to come up trumps for the Great White North.

Of course, anyone who is anyone will be well aware of what the real story is coming out of the big win: and that is the future of Kawhi Leonard. As reported by NBA.com and Bleacher Report, the interest in this man’s future has gone through the roof as of late – even more so than it already was. We understand why, because he’s quite clearly one of the best players in the world right now, but the dust has barely even settled on the Raptors’ parade and we’re already talking about the future.

It makes you think about the nature of sports and the nature of the media, and when is a good time to start talking about this stuff. After all, if you aren’t able to stop and smell the roses from time to time, then what’s the point in even playing in the first place? Aside from earning lots of money, of course.

The question that we’re interested in asking the masses today is simple: how much does it really matter where Kawhi goes? Obviously Toronto wants to keep hold of him at all costs, and we can understand that. However, when you think about this from a marketing standpoint, Leonard doesn’t really come across as the kind of guy that is going to go out there and rake in the merchandise figures. Perhaps if they traded him for a few benefits and treats down the road in the draft, it’d work out better for them (in the long run).

Plus, when you think about it, hasn’t he already kind of accomplished what he set out to do? This man had the aim of getting a second NBA Championship after his first with the San Antonio Spurs, and he did it. Oh, and he also brought an NBA title to Toronto for the first time.

We aren’t suggesting that they can’t build a dynasty off of this man, but it just doesn’t seem quite as likely as many other folks are painting it out to be. Kawhi seems fairly happy with the franchise and will probably be paid handsomely in order to stay, but you’ve just got to imagine that there are even more lucrative offers out there for him to entertain.

On the other hand, if you’re a Raptors fan, seeing him leave is probably the only way in which this dream would turn into a nightmare. After all, they’re probably already dreaming of what kind of season they can have next season if they could continue to strengthen. 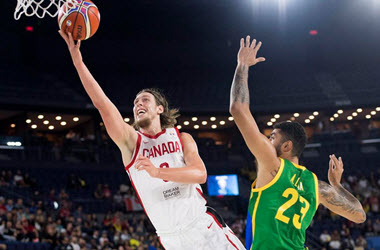 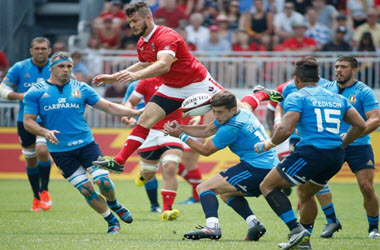