Saturday didn’t start off in the way the Boston Bruins hoped after celebrating tying the series in game two against the Carolina Hurricanes. It was announced early on Saturday that their top goaltender, Tuukka Rask, had chosen to opt out of the rest of the playoffs to spend time with his family.

While the Boston Bruins may not have liked the decision, Rask’s backup, Jaroslav Halak stepped in as his replacement and performed flawlessly saving 29 shots on goal. Charlie Coyle also was instrumental in helping the Bruins take the lead in the series with strong offence and helping set up another goal to help the Boston defeat the Hurricanes 3-1 in the first round of the playoff series.

The Bruins have put their support behind Rask’s decision to step back for the remainder of the playoffs amid the pandemic and remain focused on getting the job done in hopes of going further in the playoffs than they did last year. Commenting on Tuukka Rask’s sudden departure, Boston coach, Bruce Cassidy said,

“We move on, I know it sounds cold, but on the professional part of it we have a job to do here.”

Tuukka Rask, a finalist for the Vezina Trophy finalist, is one of the leagues highest-profile players who has chosen to not return as a result of the coronavirus pandemic. He was instrumental in helping the Bruins make it to the finals last year but opted to leave to spend time with his wife and three children, one of which is a newborn.

Zdeno Chara, who plays defence for the Bruins spoke to the media upon learning the news stating,

“We found out shortly before departure of the bus. Obviously, our first concern is the health and safety of his family.”

The Bruins and Hurricanes will next play Game 4 on Monday evening and for the Hurricanes, it will be an important game as they could be eliminated. It is also perfect timing for sports fans being that they are unable to see the games live. Online sportsbooks such as Bodog are once again in full swing as sport leagues resume play and are offering up to $200 in sign up packages.

It doesn’t help that they could be without 20 year old Andrei Svechnikov after he was injured late in Game 3 after getting tangled in front of the net with Zdeno Chara. Commenting on the potential loss, Carolina’s head coach, Rod Brind’Amour said,

“That injury really looks bad and that’s all that’s going through my head.”

Boston are also without stat forward David Pastrnak due to an undisclosed issue. Pastrnak was however seen sitting in the stands with a mask, but Coyle was able to step up and help fill in. Coyle was in the right place during a power play and picked up a rebound from a Marchand shot in the second period and batted the puck mid-air past the pads of Pete Mrazek. The move wasn’t lost on coach Cassidy, who commented,

“We need Charlie Coyle to be an effective player for us, an impact player.”

Jaroslav Halak, who began his NHL career with the New York Islanders made his first start in a playoff game since 2015, came out of the net to prevent a potential game tying goal in the second period by Justin Williams. William’s felt the Boston played well, adding,

“They played better, but we were still there. We got a lot more to give. We plan on being here for a long time so we’ve got to show up.”

The Carolina Hurricanes could have tied the game late during the second period and third during power plays but failed to capitalize instead allowing Boston to take control. Early into the third Boston closed the window for Carolina after Coyle set up Sean Kuraly to give Boston a two goal lead.

Carolina’s Nino Niederreiter responded to make it 2-1 but the celebration was short lived after Brad Marchand tapped the puck into an empty net to make it 3-1 to put Boston up 2-1 in the series. 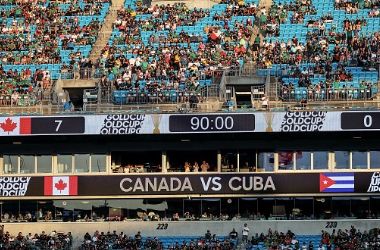 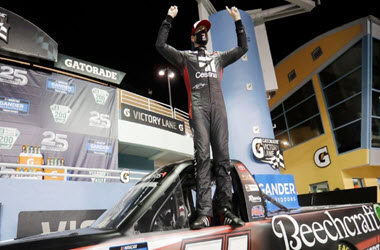