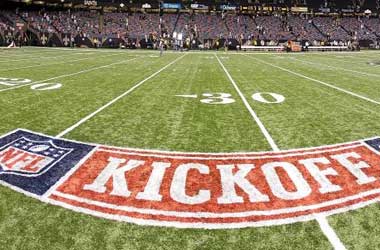 Few other kickoff games generate excitement like the NFL Kickoff game. Each season, one game is chosen to start the season, and that alone makes it one to watch and one of the most watch season games of the year.

This tradition started in New York City in 2002 with the New York Giants taking on the San Francisco 49’s, who ultimately made history when they won.

For punters, it is interesting to note that the team hosting the kickoff game has, since 2004, been the one that has gone on to win the Super Bowl.

This will be the third time the Green Bay Packers have played in the kickoff game and the first for the Bears. With the Packers being the clear favourite, the Bears will face an uphill battle, but as we all know, predictions are just that, and upsets happen.

Best Online Sportsbooks To Bet On The 2019 NFL Kickoff Game

2019 NFL Kickoff Game – What to Expect and Watch for

Expect to see the Green Bay Packers hit the field ready for action on Thursday. They understand the stats, know the traditions, and simply have a superior lineup pf players. They outranked Chicago in total yards, passes and rushes, and Thursday night’s game is expected to see the same results.

The Chicago Bears have a long heated rivalry with the Green Bay Packers and will be hoping to get revenge after losing their opening game to the Packers last season. While they won the last time the two played and were able to win their division, it is one they will have a hard time this year retaining.

The big question will be how Khalil Mack and the rest of the Bears will be able to stop Green Bay’s offense. A part of that will lie in their ability not to let Aaron Rogers control the game and stop him when he is most dangerous, that being his ability to extend plays. Chicago’s success also will lie in how they use Tarik Cohen and David Montgomery in the backfield, and whether they can relieve pressure off Mitchell Trubisky, letting him focus on the passing side of the game.

This is the second consecutive season the Packers will begin their season against the Chicago Bears, one they won last season. Green Bay will be looking to repeat that on Thursday, especially knowing that the stats dictate the winner often is the one to go on and win the Super Bowl. It will also be the third time they have had the opportunity to do so.

After signing ex-Chicago Bear Adrian Amos during the off-season, Green Bay’s strength will lie in their offense. Also big on their list of weapons is quarterback Aaron Rodgers, who has always been trouble for Chicago and played strong for most of his career. The main issue surrounding Rodgers will be how he gets on with Matt LaFleur, the new coach of the Packers, brought in to help the team win more games. While a lot will ride on Rogers, he will have plenty of help from the likes of wide receiver Devonta Adams, offensive tackle David Bakhtiari and running back Aaron Jones.

Our prediction is Green Bay will take the win and most likely will sit atop Chicago in the NFC North. While Chicago will have plenty on hand to challenge that, the money should be put on Aaron Rogers, a proven track record and last season’s opening game is proof of that.