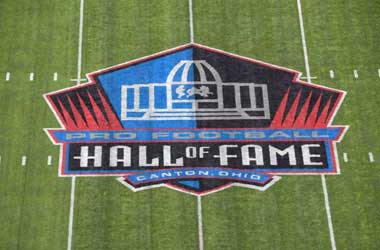 The 2019 Hall of Fame game is slated to take place on Thursday in what will see the Atlanta Falcons facing off against the Denver Broncos. The annual exhibition game is seen as the kick-off to the upcoming NFL season and in keeping with tradition, is being held at the Tom Benson Stadium in Canton, Ohio beside the Hall of Fame building.

This year’s game will see the Vic Fangio debuting as the Denver Broncos head coach. After not playing a Hall of Fame game since 2004, the Broncos are hoping for a win after losing to the Washington Redskins in their last Hall of Fame outing.

The Falcons, who failed to make the playoffs last season, on haven’t made an appearance in 25 years and are hoping a win on Thursday could be the beginning for a playoff run.

Both the Atlanta Falcons and Denver Broncos are 1-2 in the Hall of Fame game, but going into Thursday’s game the Falcons slightly ahead as the favourites. Yet, as we all know, when this tight, predicting the winner can be a tough proposition to make.

The Falcons haven’t the best pre-season record under head coach Dan Quinn, and while that might have Quinn in the hot seat having won only 5 of its last 11 pre-season games, they still are favoured to win on Thursday. After heading to the Super Bowl in 2016, they went out in the divisional round in 2017, and last year failed to make the playoffs altogether.

The Falcons were hit with a large number of injuries last season and dropped to 7-9. While Julio Jones is out with a foot injury, Devonta Freeman looks like he is back in action but is unsure if he will head out onto the field. Instead, it is expected the Falcons will lean on Kenjon Barner and Qadree Ollison, a fifth-round draft pick as quarterbacks. Also helping fuel favour towards Atlanta is their more experienced offensive players such as Kurt Benkert and Matt Schaub. Each will play a part in helping to protect the Falcons quarterbacks allowing them the time needed to run the offense.

The Bronco’s choice for their head coach Vic Fangio may contravene what many teams in the HFL are doing, but for the team’s General Manager John Elway, his choice in Fangio was based on his defensive skills. That could prove a valuable asset going into the Hall of Fame game as Elway himself is a Hall of Famer and understands the value in Fangio, who as the Chicago Bears coordinator in 2018 has the best ranked defense in the league.

Denver added a few quarterbacks to their roster in the offseason to strengthen their position. This included Joe Flacco, who was picked up in a trade with the Ravens. While he is slated as their starter, Drew Lock, a rookie quarterback may make an appearance and is expected to play a big part this season due to Flaco’s age. One negative is the loss of the Bronco’s number one receiver, Emmanuel Sanders. After suffering an injury during the 2018 mid-season to his Achilles, he expected to remain on the sidelines throughout the pre-season. However, the balance of the sheet looks promising, but it will be a challenge none the same.

Our Verdict: Atlanta Falcons to win

We like many others share the feeling that the Atlanta Falcons will win on Thursday. The odds, albeit are slightly in their favour, yes, but it is the combination of spirit and experience that will likely be a factor, that and a little bit of luck.