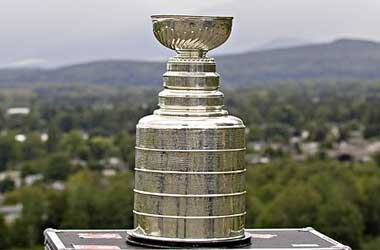 After the NHL put a stop to the 2020 season in March due to the COVID-19 pandemic, it appeared that the entire season would be lost. However, the 2020 playoffs are scheduled to begin August 1st after the NHL came to an agreement that will expand the playoffs to 24 teams.

The decision to expand the number of teams was to compensate those teams that were battling for the final playoff positions before the pandemic hit. This will see the top four from the Western and Eastern Conference automatically earning a spot in the quarterfinals. The remaining teams will play round robin tournaments to determine the remaining four teams to go into the quarterfinals.

As COVID remains a problem throughout the world, especially within the United States, in order for the NHL to receive permission to host the 2020 Playoffs, it had to submit and get approval of its safety plan. The plan outlines the number of people each team can bring to each game and includes daily testing of all those involved, including players, team owners, trainers, hotel workers, transportation staff and those within the food industry.

Furthermore, all staff and players must remain in their host cities unless special permission is granted. Should that be the case, a four day quarantine will follow, while similarly, the plan further outlines social distancing at all times, that masks must be worn if not on the ice.

While most teams and players seem eager to get back to playing, with such an extended break it is near impossible to predict which teams will be dominant once the playoffs begin. The reality is, for the older players, the time off was a welcome rest, yet for younger players, it was added time to work on conditioning and building up bulk.

That said, this year’s playoffs will be the most unpredictable in recent history. Yet, with information compiled from the beginning of the season, there are definitely some front-runners and therefore to provide additional insight, we have included our list of the top five teams with the best odds.

2020 NHL Stanley Cup Playoffs – What to Expect and Watch for

Before the season came to an abrupt halt, the Boston Bruins were the only NHL team to have reached 100 points. The Bruins have two of the leagues top 10 forwards in their roster (David Pastrnak and Brad Marchand) and were considered the league’s top team heading into the playoffs after they have already clinched their division title.

Prior to the break, Boston had won seven of its last 10 ten games and with Jaroslav Halak and Tuukka Rask in net, had allowed in the least number of goals.

Tampa Bay started the 2019/2020 season so poorly it almost appeared that they might not make the playoffs. However, at the end of November the Lightning picked up the pace and managed to put together a slid second have to the season advancing to second place within the Eastern Conference and were fourth in the league overall.

They managed to score 243 goals, had an 11.2% shooting percentage and were one of the top ten powerplay teams in the league.

The Colorado Avalanche has spent considerable time and resources rebuilding in the offseason and had performed well all season when while seeing top scoring players going out with injuries. Colorado was able to remain strong due to that investment and was poised to perform well in the playoffs.

They were second in the Western Conference and third overall in the league before the unexpected stop to the season. In addition to a strong performance, Colorado sat as the NHL’s third-highest scoring team sitting fifth in league with 2100 shots on goal.

The St. Louis Blues are the defending champions, and there is no doubt that they proved to the naysayers that this was no lucky streak. The finished the regular season in first place within the Western conference and with 94 points, were second overall in the league sitting only behind the Bruins.

St. Louis were strong all season in stopping goals sitting fifth overall as the team with the fewest goals allowed in and were third overall in the powerplay, both in defending and scoring.

The Washington Capitals, winners of the 2018 Stanley Cup, proved all season they remain a threat and capable of winning games. Washington remained strong offensively, and with Alexander Ovechkin compiling 48 goals before the stoppage, they were third highest scoring team and had an average 10.7 shooting percentage sitting only behind the Tampa Bay Lightning.

The one weakness for the Caps is goaltending as they ended the regular season with the fourth worst overall save percentage.

While Columbus manage to remain competitive and were climbing the ranks, they ended the regular season 12th overall with 81 points. There are no real expectations that the Blue Jackets would advance far within the playoffs and that hasn’t changed. Their biggest problem is goaltending after they lost Sergei Bobrovsky to free agency, however his replacement, Elvis Merzlikins has proven a solid addition. Another problem for Columbus was injuries piling up that impacted their ability to win games, but with Cam Atkinson and Seth Jones back in the lineup, they may be one to find their groove and have an impact.