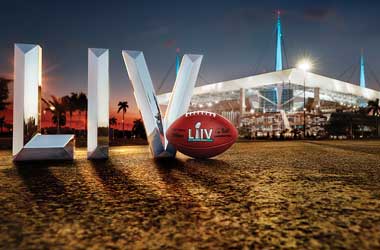 The 2020 Super Bowl will hit the world stage on the 2nd of February at 6:30 pm ET at Miami’s Hard Rock Stadium, and for sports punters, there is no greater sporting event.

Both the 49ers and Chiefs have been dominate in the NFL during the postseason with Kansas averaging 17 point wins versus the 49ers averaging just over 15 and that is how each earned a spot in the Super Bowl, an achievement not easily accomplished.

While the 49ers are slight favourites, this is one of the closet Super Bowls in its history and difficult to determine one favourite over the others.

As Super Bowl Weekend is almost upon us, let’s take a look at both the San Francisco 49ers and Kansas City Chiefs and see how the two compare and whether we feel either has an advantage that will help them win their first Super Bowl Championship.

Best Online Sportsbooks To Bet On The 2020 Super Bowl

Super Bowl LIV – What to Expect and Watch for

While it is expected that Super Bowl LIV will be a battle and that not one team will dominate the other, the history between the two shows the two have played thirteen games against one other and are essentially tied if looking at the win to win ratio. However, San Francisco has a slight advantage in so far as with each of their wins over the Chiefs, the spread they won by is higher when compared to the Chiefs wins over the 49ers.

The 49ers and their fans have every reason to hope for a positive outcome at the whistle blows and the first quarter gets underway on Sunday. San Francisco literally has faced every imaginable type of game this season along the way to earning their place in Sundays big game and have yet to be on the wrong end of any big blowout. Adding to their slight advantage, whenever the 49ers have been behind the eight ball, they have managed to find a way to keep pushing right through to the end. They have an offense that is explosive, a defense that can be suffocating simply put, are not at all afraid to lay it on the line during the biggest stage on professional football.

The reality is, is San Francisco continue to play as they have all season, manage to keep control of the scrimmage line on either end, they will most likely earn the victory. The reason is simple, by doing that they will allow quarterback Jimmy Garoppolo the chance to find openings and score touchdowns and that, simply put, wins games.

There is little doubt that Kansas believes they have the ability to win on Sunday and if their history throughout the post-season is any indication of what they bring to the field, then nothing is. The skills and capabilities of their quarterback, Patrick Mahomes speaks for itself, and when he is on the field, the Chiefs win games, and there is no doubt that is exactly what they hope will happen on Sunday.

While Kansas has plenty of offensive talent, they often seem to have troubles when in the red zone as evident by the stats and against a team like the 49ers that could be a problem, especially when you consider they only have a 54% rate of success in that regard. The reality is, the only way the Chiefs will manage to overcome the 49ers is if Mahomes doesn’t let the team down, and if so, the Chiefs will, for the first time in 50 years, win the “Super Bowl”.

The bottom line is, that while the two teams are pretty even, the 49ers have the advantage, even if only by a slight margin. However, that slight margin is what pushes us to predict San Francisco will win Super Bowl LIV and it is where we are putting our money.